On Tuesday 15th of May 2018 during a workshop event, hosted in “Communication & Electronic Military Signal Officers School” premises an hourly lecture concerning “RANGER” platform was given by Mr. Vasileios Papadopoulos.

Mr. Vasileios Papadopoulos, discoursed on the scope and the innovations that RANGER brings on the light and stressed on the use in critical areas such as crime prevention, Search And Rescue (SAR) operations in the Mediterranean Sea. Although the lecture was a small part of the workshop, the interest of the audience and the number of questions asked, kept the presenter for two hours on the floor.

As an introduction, the speaker provided general information about the EU funded projects that MoD, Greece participates. Then RANGER project was presented and analyzed. References on the pressing issues about human trafficking, smuggling and merchandize in the Mediterranean Sea, were made such as to show the need and the connection of RANGER project. Special emphasis was put on capabilities of the RANGER platform in comparison with the present maritime surveillance radar systems. It was obvious that by the end of the workshop the audience had a clear view on how the research program was managed and how it is supposed to contribute in EU border security.

The audience was composed of postgraduate students of NKUA, professors of Panteion and NKUA, military personnel involved in border surveillance and administrative personnel of MoD, Greece. 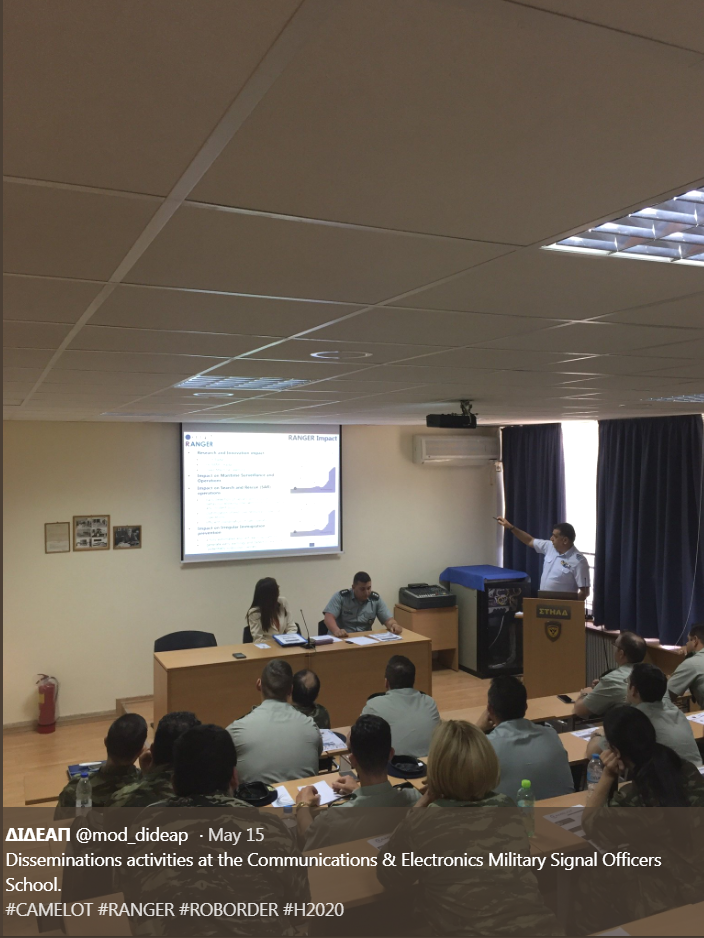